Select a language to view our site with

Marko Šifrar received a degree in mathematical physics, where he also developed computer programming skills, which led him to program various simulations, data acquisition and processing, building automation, etc. When he became concerned about the human health, he soon discovered that there is no system as complex as a human, and that we are much more than a physical being. After learning some methods and healing techniques, he learned that the key part of a solid health is in each individual, and that brought him to Holotopic Breathwork.

He first experienced Holotropic Breathwork in 2005. In the following years, by participating in workshops and working on himself, the idea to obtain a certificate matured. By gaining additional experience in organizing workshops and helping with guidance since 2010, he obtained the certificate of Holotropic Breathwork Practitioner in 2013. As a HB practitioner, he is guided by the power of awareness of the activation of the healing potential in each participant, which through holotropic breathwork leads to the necessary insights, healing, and consequently to the elimination of mental and/or physical problems.

Marko was and still is quite into sports. He played and later coached basketball. For over 15 years he is involved with free diving in particular, and for over a decade with underwater sports in general as its president on a national level. 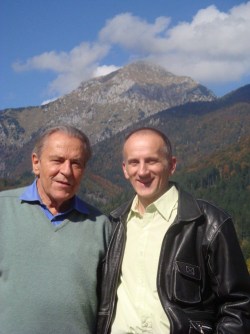